Citrix has played a significant role for enterprises in bridging the gap between people and technology. The new vision of Citrix is now Workspace and the company is taking it to the next level. In an exclusive conversation with VARINDIA at Synergy 2019 held at Atlanta, USA, Ravinder Kelkar, Area V.P & Country Head, India Subcontinent, Systems India said, “The modern workspace is going to be a significant change in terms of the impact we want to make on users. At the end of the day, it is all about connecting people with technology and how do we address the whole issue around experience, choice and security, all being integrated together to address user experience.”

Workspace happens to be Citrix’s platform; there is significant demand in the cloud adoption in India. The last 18 months of the company has been ramping up significantly. As far as digital workspace is concerned, Critrix brings all together whether it is web applications, files data across multiple devices.

Elaborating on the scope in Workspace, Ravindra points out, “We have marked two key growth potential markets for workspace, one is a transformation, there are huge requirement in the IT infrastructure. Second, public sector is making a huge leap of faith and corporate have been on that journey for some time. So we see huge amount of work that we can do in public sector.”

Ravindra further adds, ”I could multiple spirits of products that we focus on workspaces, something that customers have been thinking, there was no solution at that point of time and now as our workspace is ready, I'm sure we will see a significant traction here.

According to our data, the number of branches that we run are phenomenal and more than competition. We can have Software Defined wide area network, Software Defined data center, and that leads me to the third part where the significant portion of the market is how customers are want to see the capabilities around hybrid cloud networking.

So in summary, those are the three areas we fundamentally feel that workspace is something important for the customers and they have been wanting for a period of time, but there was no product ready and now with our product, we will now focus on software defined strategy which leads to their journey towards hybrid cloud, with our strong association with Public cloud partners like Google, Microsoft and AWS to certain extent, with this we are giving a choice to the customers.”

“There are three specific pillars such as experience, security and choice. Under choice, we want to make sure we want to work with multiple cloud partners. Workspace and especially the offering with Microsoft are going to get released over a period of few months and we're gearing up for the GTM and formal launch.”

As far as key priority for business is concerned, the whole innovation that Citrix has brought to the table to accelerate adoption of newer technologies, it is a big priority for the company. Second, the vertical growth areas, public sector are the biggest one. Third, Citrix wants to go beyond cities and countries in Indian subcontinent. Citrix has done a special workspace and hybrid cloud and software defined data working facility going too deep into verticals like public sector.

“Another focus area is the manufacturing sector, we feel we've we have a great value proposition from workspace perspective, there's a lot of work happening with manufacturing customers on SDN, especially as the role of IoT in factories. The top two, I think workspace and is the way specifically powering IoT in manufacturing plants,” reveals Ravindra.

Talking about Synergy 2019, Ravindra says, “We do synergy across the world, and only six countries do Synergy separately and India happens to be one of them. So synergy will get repeated after three months in India. It’ll bring opportunity for the partners and customers to know about the innovations and to expand the audience reach.” 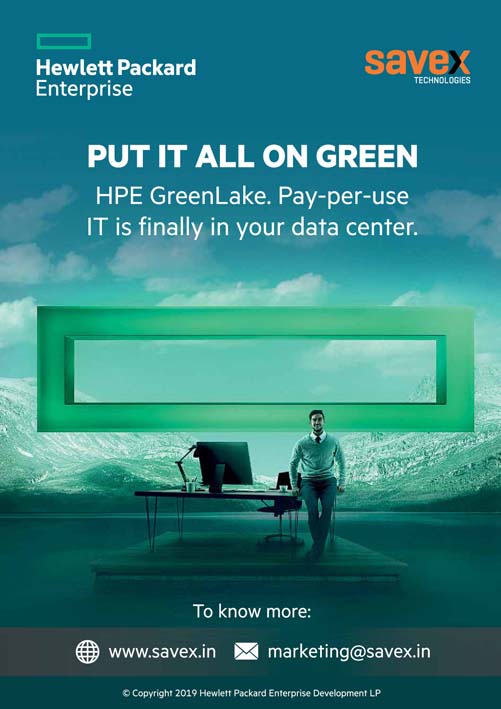